Posted 18 months ago Less than a minute to read 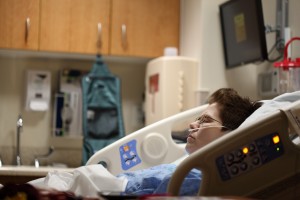 Have you ever thought about what would happen if you suffered a sudden unexpected illness and were unable to convey your wishes about the treatment you receive?

An Advanced Care Plan (ACP) could help you identify what matters most to you, and then talk about and plan for future health care and end-of-life care. It’s your voice in the event you’re unable to speak for yourself.

The Ministry of Health defines an ACP as “a process of discussion and shared planning for future health care. It is focused on the individual and involves both the person and the health care professionals responsible for their care. It may also involve the person’s family/whanau and/or carers if that is the person’s wish. The planning process assists the individual to identify their personal beliefs and values and incorporate them into plans for their future health care.”

Why Write an ACP?

An 'Advanced Care plan' (ACP) is a document that describes the things and values that are important to you as well as the healthcare and treatments you want in the event you end up requiring healthcare.

The Advanced Care Plan document becomes your voice, in the event that you can no longer speak for yourself.

You may think it is something that only an elderly person needs; someone who is heading towards increasing levels of health care decision making alongside an increased likelihood of hospitalisations, rest home care and adverse health events. In fact, that’s is not the case!

An ACP is for anybody, at any stage of their life because, as we know our health can change in an instant due to either accidental injury or the advent of an acute or serious illness.

Recent incidents with friends have made this situation evident. In one instance, a friend slipped on an icy deck and was rendered unconscious, receiving a serious concussion. In another, a friend had a blackout while driving and ran into a stationary object. Thankfully nothing serious happened because of either of these events, but they could easily have had negative outcomes.

As someone with a nursing background I had encouraged my elderly parents to develop an ACP in conjunction with myself as their daughter and nominated EPOA for personal care and decision making. Once they had agreed this was something that made sense to them, they went to their G.P. to complete the document in discussion with their G.P. and this was uploaded to the system to be available to other health care providers e.g. ambulance and hospital staff. As my mother’s Parkinsons deteriorated, I felt comfortable that I and health care providers knew what her wishes were as outlined in the ACP and this guided our actions and decisions.

Listening to a presentation on Advanced Care Plans at the recent 'Death Matters 2020' conference in Christchurch with my 92-year old father in attendance was a good prompt to return home and relook at his ACP which we discovered was out of date. As an aside, annual renewal of the ACP is recommended. We had a valuable conversation about his wishes for his health care at present and made some changes. He will now visit his G.P. and have it formally updated.